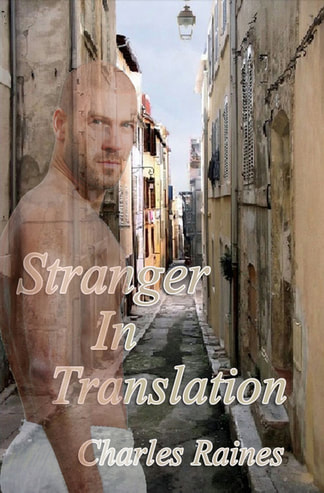 “A SMORGASBORD FOR THE SENSES”
By David D. Warner

I am always overjoyed when I encounter an author who writes so beautifully that time stands still.”

I recently picked up a copy of ‘STRANGER IN TRANSLATION’ by Charles Raines to read on a transcontinental flight from Washington, DC to Los Angeles, CA.

Good intentions aside, the first two hours of the flight were fraught with interruptions and I wasn’t able to get to it right away. Finally, however, I was able to tune out the world, put on a pair of headphones, fire up my Kindle, and begin to read.

Immediately I was so drawn into the story that by the time I got to the last page (far too soon, it seemed to me), I was surprised to discover that we were already landing in L.A.

You can read all about the plot details of ‘STRANGER’ in the book description and in the many reviews appearing on Amazon and others so I won’t repeat what has already been said pretty eloquently by others. Instead, I will limit my comments to why I thought this book was such a great read.

I’ve read a lot of m/m fiction over the years ranging from very well written to pretty dreadful, most of it falling somewhere in the middle. What Charles Raines has done with ‘STRANGER IN TRANSLATION’ is to paint a rich and complex world with such darkly sensual imagery (without being vulgar) that it is wholly believable and so “real” you can almost touch it–the sights, the sounds and even the odors of Marseilles.

‘STRANGER’ is written in first person narrative, a risky endeavor for many authors but a risk in this case that was well worth taking. The narrator, forever struggling to fit into the world in which he has sequestered himself, learns from a series of erotically-charged encounters with strangers, and a chance encounter of a different kind in a Marseilles cemetery, that he will always be a stranger until he opens his heart and stops hiding from the man he really is. As the story unwinds, we see the narrator gradually transform from the cold, detached person we meet at the beginning–a man that I did not particularly like–into the kind of man worthy and capable of real love.

have to say that of all of the books and new authors that I had a chance to read in 2012, ‘STRANGER IN TRANSLATION’ was one of the most pleasant surprises. It was the first time I’d had a chance to read Mr. Raines’ work and I am always overjoyed when I encounter an author who writes so beautifully that time stands still. I look forward to many more releases by Charles Raines and I recommend this novella enthusiastically. 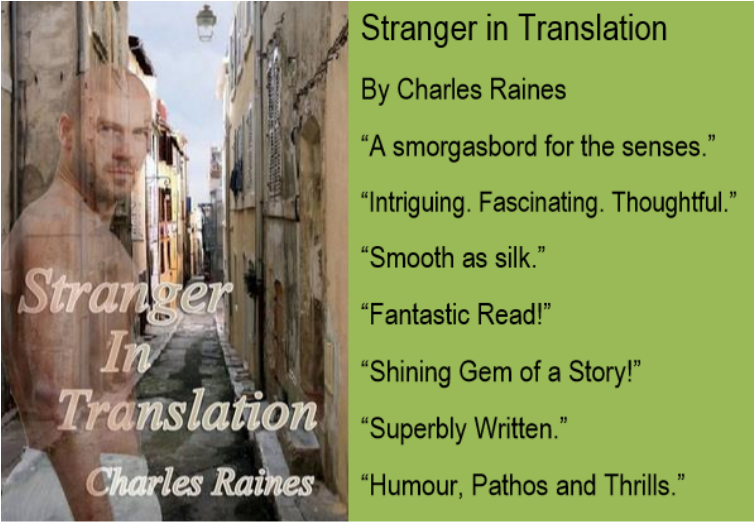 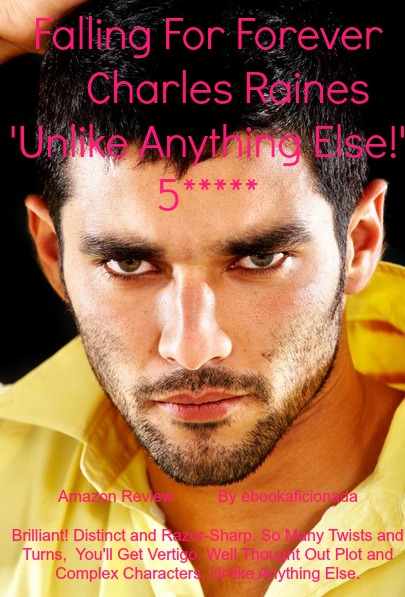 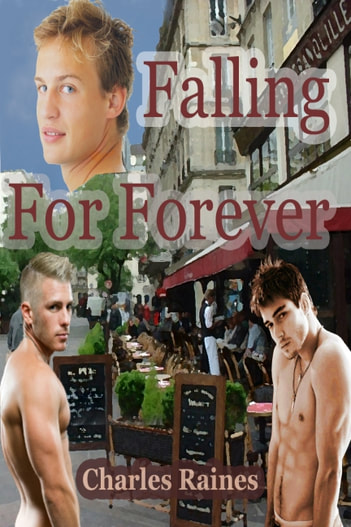 This review is from: FALLING FOR FOREVER
(Kindle Edition)

I thought "Stranger in Translation" was a wonderful, sexy romp around the South of France! "Falling For Forever" is even better!! Marseilles and Paris, France. 1969. We're introduced to Marc, a handsome devil with a sexy swagger who knows what he wants, and, more importantly, knows how to get it.


He finds himself in a bit of a "lust triangle" with other sexy devils hoping to win him over. But as hard as they try, Marc's enigmatic attitude and style prove to be more than they can handle...sort of. With a wonderful mix of exotic, beautiful, cunning, and mysterious characters, Marc (and the reader!) is never quite sure whom to trust, or what any of them really want from him. "Falling For Forever" is sprinkled with just enough lust to keep your heart racing, and a few hot "encounters" between a couple of characters that are a complete surprise, and may force you to stop to catch your breath for a moment or two! And Mr. Raines cleverly and skillfully drops little crumbs of information along the way the reader must follow closely.


In a way, "Falling For Forever" pays a subtle, surprising homage to Christie's "Murder on the Orient Express" and Fleming's "007"-books as the plot twists and turns, flinging the reader around on a wild ride that doesn't end until the very last page!
If you're looking for a hot, satisfying page-turner loaded with frolicking fun, and set in beautiful locations the author makes you see, smell, and taste, "Falling For Forever" is the perfect book. 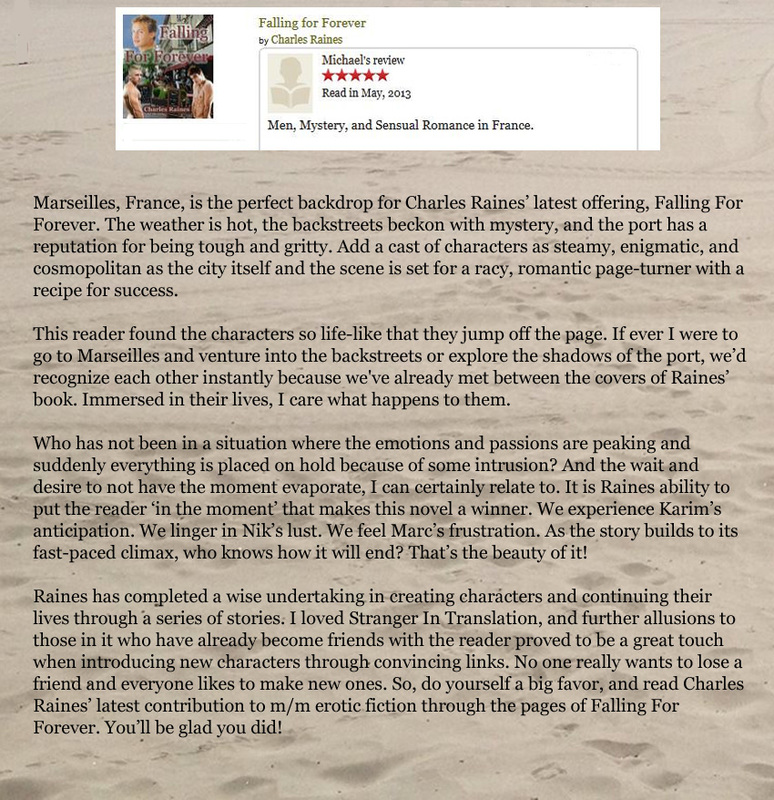 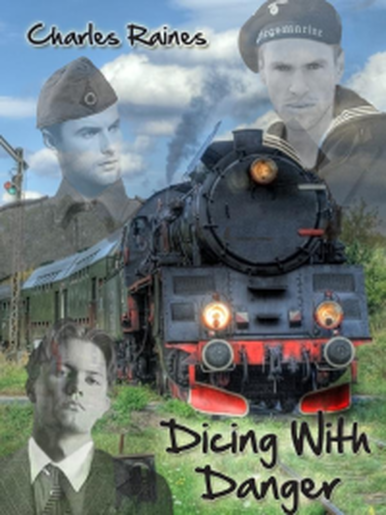 Every once in a while, I read a book that with the first sentence lets me know that I am in for a good read. Sometimes it just takes a sentence like Daphne DuMaurier’s “Rebecca” or a fascinating character or a beautiful description. I am not sure what it was in “Dicing with Danger” but I was immediately hooked.

As a train moves through Germany after the Second World War, we visit the third class section where passengers are cramped and uncomfortable. When a British soldier boards the train, the riders show the resentment they feel on the train. We immediately sense that something is going to happen here. One of the passengers also senses this and urges caution but a German sailor will have none of it and becomes hostile. As the ride continues the air remains thick with uneasiness and resentment. Underlying this is an atmosphere that the three share something although by outside appearances we are just not sure what that is or what is going to happen. This is where it becomes difficult to review without spoiling the read. Let it suffice to say that sex and erotica follow and the descriptions are quite bold. The characters play off of each other and soon a drama within a drama unfolds. Here one cannot guess what will happen next and there are surprises.

What Raines does here is grab our minds and then has them follow what he is saying. This is the kind of read that is best done in one sitting so as not to lose the tension that the author so tactfully sets up. This is writing in the most creative of all kinds and I realize that some of you might feel that I am being illusive, which I indeed am. I do not want to spoil one second of the read. Raines throws a challenge to us and we dare not refuse it. If we do, we miss one of the best reading experiences that I have had this year. It is not only the characters who dice with danger, the reader does also. 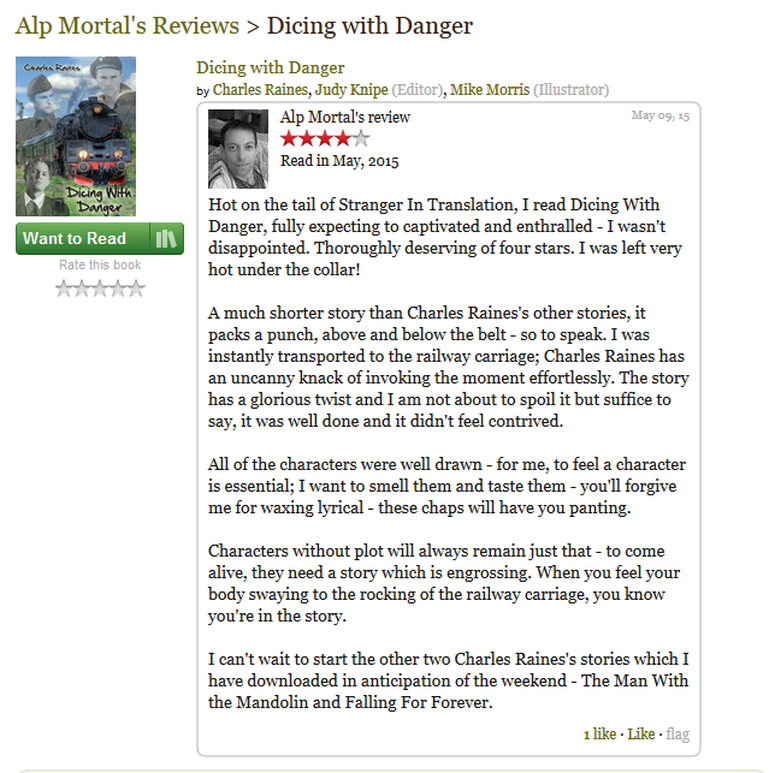 The Man With The Mandolin 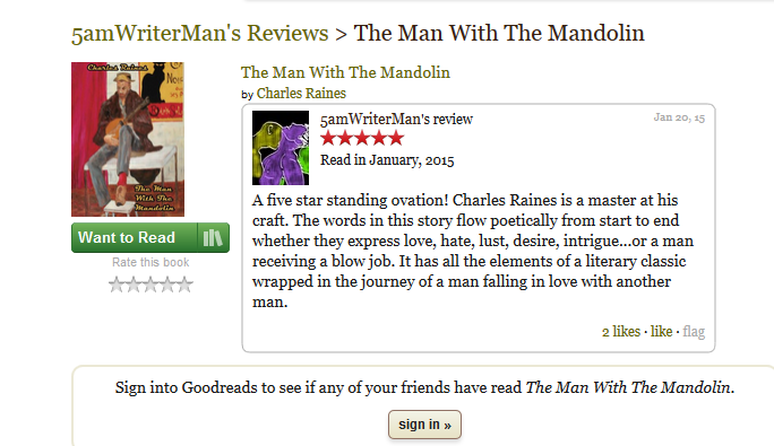 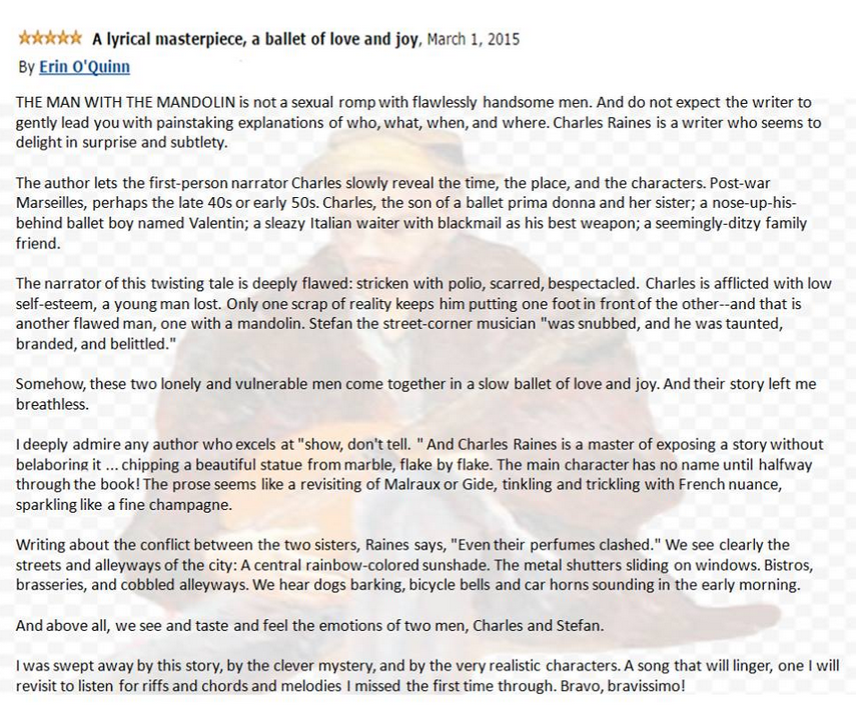 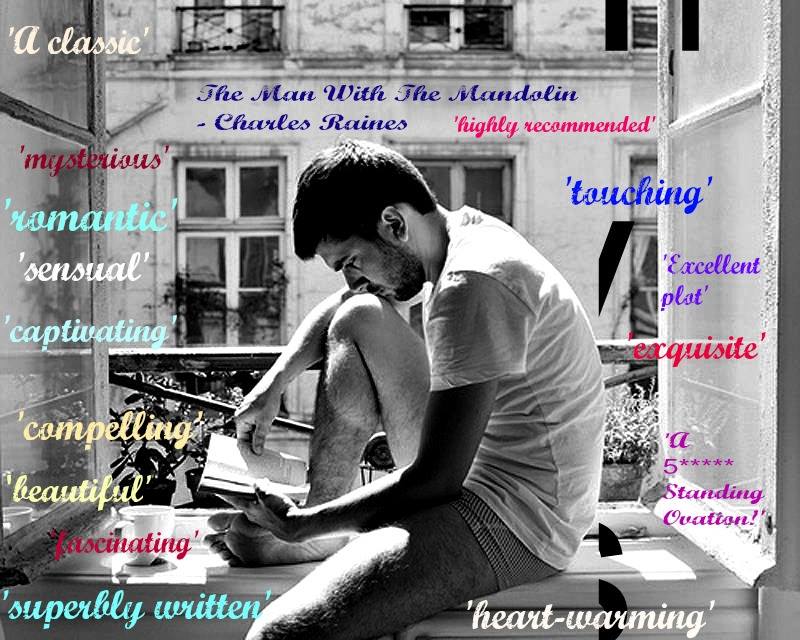 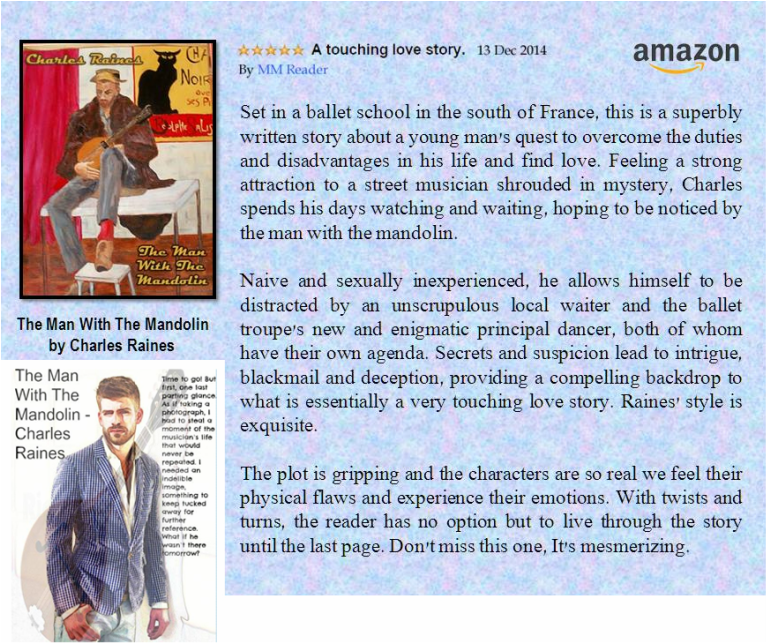